To share your memory on the wall of Cecil Hall, sign in using one of the following options:

Print
Cecil Clyde Hall was born in Gonzales County to Wille and Annie(Knezek) Hall. Cecil's work on earth is now complete and went peacefully on Saturday, February 29th, at the Ascension Seton Hays Hospital at the age of 85 years old.

Cecil wa... Read More
Cecil Clyde Hall was born in Gonzales County to Wille and Annie(Knezek) Hall. Cecil's work on earth is now complete and went peacefully on Saturday, February 29th, at the Ascension Seton Hays Hospital at the age of 85 years old.

Cecil was born and raised on the family farm in Gonzales County. After completing 10th grade, Cecil was a career carpenter learning his craft from his father. As an adult, Cecil lived in Luling and spent most of his career working for the late Dale Dicke in and around the Luling area. He enjoyed making and selling his wood crafts at art and craft shows in the Luling area. Before and after retirement Cecil had a resale shop in downtown Luling.

A memorial service will be at O'Bannon Funeral Home at 2 pm, Thursday, March 5. Interment has yet to be determined.
Read Less

To send flowers to the family or plant a tree in memory of Cecil Clyde Hall, please visit our Heartfelt Sympathies Store.

Receive notifications about information and event scheduling for Cecil

We encourage you to share your most beloved memories of Cecil here, so that the family and other loved ones can always see it. You can upload cherished photographs, or share your favorite stories, and can even comment on those shared by others.

Guaranteed hand delivery by a local florist
WE 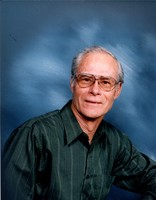