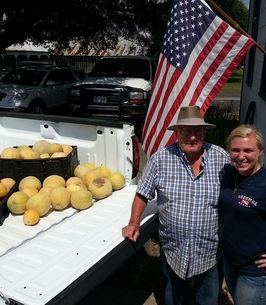 Charles played football and graduated from Lockhart High School in 1952. He worked as an automobile mechanic when he and Ora Etta Smith met in 1952. They were married for over 67 years. During their marriage they lived outside of Luling for only three years, when Charles worked for Alcoa Aluminum Company in Rockdale. The young family moved back to Luling in 1958. Charles was an oil field gauger and superintendent for Coffield Pipeline Company for over 18 years. After that he worked off-shore as a contracted inspector for United Gas Company, beginning as a utility inspector, then a welding inspector, and then chief inspector. After retirement he began to raise vegetables; he began gardening at the Luling Foundation Farm during the 1990’s until the spring of 2020.

Charles was an avid fisherman and hunter. He gave many fish-fries for his church, friends, and family. Charles was a 50-year lifetime mason and a 32nd degree Scottish Rite member. Charles was a member of the First Presbyterian Church.

Services under the direction of O'Bannon Funeral Home