To share your memory on the wall of Martha Hall, sign in using one of the following options:

Martha Malvonee Hall, 100, of Luling, went to her Lord and Savior Saturday, February 1, 2020. Malvonee was born October 25, 1919 in Richards, Grimes County, Texas to Leslie B. Bryan and Mary Irene Grissom Bryan. She received her B... Read More
HALL

Martha Malvonee Hall, 100, of Luling, went to her Lord and Savior Saturday, February 1, 2020. Malvonee was born October 25, 1919 in Richards, Grimes County, Texas to Leslie B. Bryan and Mary Irene Grissom Bryan. She received her Bachelor of Science degree in 1940 from Sam Houston University. Malvonee married Kenneth Darling Hall on January 28, 1945. She was a member of the Luling First Baptist Church where she played the organ for 30 years.
Malvonee grew up living in one of five row houses while her father worked for Magnolia Pipeline. She attended Katy Elementary, Middle and High School graduating with the class of 1936 and had been voted Queen of her high school. In this time, she lived in the country and rode the school bus to and from school. She enjoyed watching basketball games. After graduating college Malvonee worked as a teacher in Sealy High School for five years. After marrying Kenneth she broke from teaching while her daughters were young to stay home and raise them and returned to teaching at Luling Elementary where she taught for 21 years before retiring.
Malvonee enjoyed time with family. She cherished every moment shared with her daughters, grandchildren and great-grandchildren. Some of her fondest memories include ski-trips to Colorado and Utah with her family and having the opportunity to sit amongst her grandchildren and interact with them while traveling. She had great memories of her travels to Switzerland, Southern Canada and locations throughout the United States. Malvonee loved to read and she enjoyed Christian Fiction books and later listening to books on tape. She liked to have lunch with friends on Fridays and playing 42 and sitting quietly and sewing. Malvonee was a splendid cook and her family especially enjoyed her turkey and dressing, cherry and peach cobblers and lemon meringue pies.
Malvonee experienced the “Roaring Twenties” and the “Great Depression” as a young girl. World War II, the Korean War and Vietnam War as a young woman along with advancements in space technology like Neil Armstrong and Buzz Aldrin walking on the moon. Malvonee’s first car was a Ford Model T and my how transportation has made leaps forward through the years. Letters to her husband took a week to reach him while he was serving his country in France and Italy amidst WWII, today an e-mail would have reach him in milliseconds. Wood stoves to microwaves, party lines to cellular phones, text messages and facetime. Certainly, Malvonee saw and appreciated the wonders of modern technology. However, her greatest pleasure aside from her family, was playing the organ every Sunday in her church. This she knew for certain was pleasing to the Lord and those that she worshipped with at First Baptist Church.
Martha Malvonee Hall is survived by her loving family, daughters, Sharon Grimes and her husband Mike of Round Rock, Nelda Kelly Coady of Luling, sister, Celeta Johnson of Dallas, brother and sister-in-law, Leslie “Boyce” and Brownie Bryan of Waco, grandchildren, Genia Zamora (Henry), Shanna Swinney, Brent Grimes (Keiko), Scott Grimes, Josh Grimes (Liz) and great-grandchildren, Corey, Crista, Mika, Erika, Aubrey, Tristan, and Genevieve. She was preceded in death by her husband and parents,
The family will receive friends from 5 to 7 p.m. Monday, February 10, 2020 in O’Bannon Funeral Home. Funeral services will be held at 1 P.M. Tuesday, February 11, 2020 in the Luling First Baptist Church with Rev. Jimmy Lammers officiating. Interment will follow in the Luling City Cemetery. Pallbearers: Brent, Scott and Josh Grimes, Henry and Corey Zamora and Cordell Cardenas. Memorials may be made to the Luling First Baptist Church or charity of one’s choice. Friends may leave their condolences by visiting www.obannonfuneralhome.com. Services are under the care and direction of O’Bannon Funeral Home.
Read Less

To send flowers to the family or plant a tree in memory of Martha Malvonee Hall (Bryan), please visit our Heartfelt Sympathies Store.

Receive notifications about information and event scheduling for Martha

We encourage you to share your most beloved memories of Martha here, so that the family and other loved ones can always see it. You can upload cherished photographs, or share your favorite stories, and can even comment on those shared by others.

Darrell and Leslie Jones sent flowers to the family of Martha Malvonee Hall (Bryan).
Show you care by sending flowers

Flowers were purchased for the family of Martha Hall. Send Flowers

Posted Feb 06, 2020 at 10:05am
As a little girl I would come to visit my grandmother Annie Johnson I am Cindy’s cousin on her dad’s side. Nelda and I would play Barbie dolls for hours. Mrs Hall was always so kind to me

Sad for the family’s loss, but know she is smiling to be in heaven 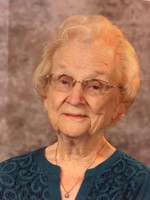