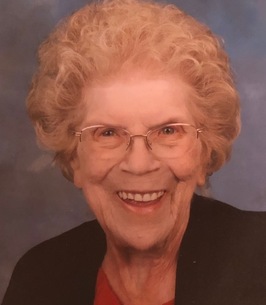 Norma Lorene Harrell (Lightsey) peacefully finished her battle with cancer the morning of her 88th birthday on Sunday, October 24, 2021.

She leaves behind her beloved children Kerry, Pamela, Kathy (Gary), Blane (Patti) and Michael (Karen), along with twelve grandchildren and seven great grandchildren.
Norma was born on October 24, 1933, in New London, Texas to Henry Dee and Clemmie Clifford (Wright) Lightsey. She is preceded in death by her brother, Gerald Dee, sister, Mildred Louise, her hometown sweetheart and husband of ten years, Leon Barger, as well as her second husband of forty-two years, Gene Harrell.

Norma and her brother Gerald grew up in several oil camps across Texas and Louisiana, as her father was employed by Humble Oil & Refining Company. During the year 1937, the family settled permanently in Talco, Texas. She graduated salutatorian from Talco High School. A decade or so later, she attended business school in the Dallas area and began her employment career working for Transport Insurance Company in Dallas as an executive secretary.

In 1977, Norma made the bold move to change occupations. She obtained her real estate license and excelled in her position at Century 21, where she stayed for the majority of her career in her primary role as a real estate office manager. Norma thoroughly enjoyed keeping her mind sharp and working, which she continued to do for Keller Williams Realty, until her diagnosis in the spring of this year.

All who knew Norma, know that she fiercely loved her family. They provided her with her greatest joy in life, and her love for others served as the driving force to go on as she did for so long. She continually gave of herself, her time, and her money to help others in need. She always saw the best in everyone and stayed actively engaged in remembering the details in other’s lives. Norma provided her loved ones with a living legacy. She loved telling stories of her experiences and frequently shared what she had learned and how she had grown personally throughout her many years.

Norma spent her last years in Sapulpa, Oklahoma and the surrounding Tulsa area where she continued to be as independent as ever. She would drive to get tacos or a hamburger whenever she pleased, kept up her classy wardrobe and weekly hair appointments, went on a Caribbean cruise in 2019, and took spontaneous trips with her great grandchildren. She even learned how to attend a Zoom meeting. Most importantly though, in these final years, she notably deepened her relationship with her Heavenly Father and longed to know His love more and more. She became a member of Southwest Baptist Church in Tulsa and always enjoyed the old hymns that remind us of God’s faithfulness in the past, as well as the present and future.