To share your memory on the wall of Lester Fry, sign in using one of the following options:

Lester was an accomplished musician, a member of the Austin Federation of Musicians Local 433. He played pedal steel and acoustic guitar with Slim Whitman and many other well-known country recording artists of the day. He played in many renowned venues such as the Louisiana Hayride, Carnegie Hall, The London Palladium, and the Hollywood Bowl. His musical career was briefly interrupted when drafted into the Army in 1956. Upon completion of his service he recorded a solo album entitled “Slim Whitman’s Hawaiian Guitarist Lester Fry Plays”.

He married Edna Elizabeth Ray in 1962. He retired from Motorola after many years as a technician and as a technical supervisor. He was well known as an expert in electronics and could build or repair most anything. He enjoyed woodworking, travel and loved the outdoors. He will always be remembered for his good sense of humor and saw goodness and light in everyone he encountered.

Graveside services will be held 2 p.m. Tuesday, September 1, 2020 at the Luling City Cemetery with Reverend Jimmy Lammers officiating. Military Honors will be rendered by the American Legion Post 177 of Luling, TX.

Click LIVE SERVICE to attend the service remotely, or to watch to the service at a later time.
Read Less

To send flowers to the family or plant a tree in memory of Lester F. "Tinker" Fry Jr., please visit our Heartfelt Sympathies Store.

Receive notifications about information and event scheduling for Lester

We encourage you to share your most beloved memories of Lester here, so that the family and other loved ones can always see it. You can upload cherished photographs, or share your favorite stories, and can even comment on those shared by others.

Posted Sep 01, 2020 at 02:48pm
Loved listing to your music and the long talks we had after I lost my Dad. Love you and miss you. Rest in peace Uncle TINKER
Comment Share
Share via:
NV

Posted Sep 01, 2020 at 10:58am
Our sincere condolences to the Fry and the Kelley family.
We are holding you all up in prayers.
Sincerely,
Norma, Rene and Javier Vasquez
Comment Share
Share via:
DR

Posted Sep 01, 2020 at 10:25am
I loved spending time with aunt Sug and uncle Tinker. All of us kids would laugh late into the night until we fell asleep on the floor at their house. Uncle Tinker was a heck of a musician and I loved it when he played his guitar for us. I love you and miss you and we will see each other once again.
Comment Share
Share via:
L

Lindsie purchased flowers and planted a memorial tree for the family of Lester Fry. Send Flowers

Posted Sep 01, 2020 at 12:00am
Tinker, you were the best uncle a young boy could have, I always had a great time visiting Luling when I was growing up, I loved listening to you play your steel guitar. Now you have completed your earthly journey and you have gone on to Heaven. I will miss talking with you. I love you Tink, Rest In Peace.
Comment Share
Share via: 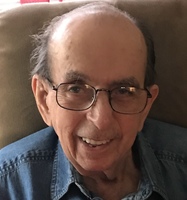